So the Smash Bros Switch announcements at E3 2018 have come and gone, and the new game has a title: Super Smash Bros Ultimate! And the game looks absolutely fantastic! With every character from past Smash Bros games making a comeback, and a few new faces introduced as well (Ridley Confirmed! Called it!), this is going to be the best Smash game ever.

But after everything was said and done, I was left with a problem: My Star Fox character pick was de-confirmed during the presentation!

Granted, the return of Wolf is something to be celebrated. But how to proceed when the character you wanted to show up in Smash is definitely not gonna be in Smash? Well… let’s talk a little about what could have been! There’s no harm in that!

(Plus, I already made the little image to go with the blog post. Might as well use it, right?)

What character was I going to pick? None other than the galactic menace himself, Andross! 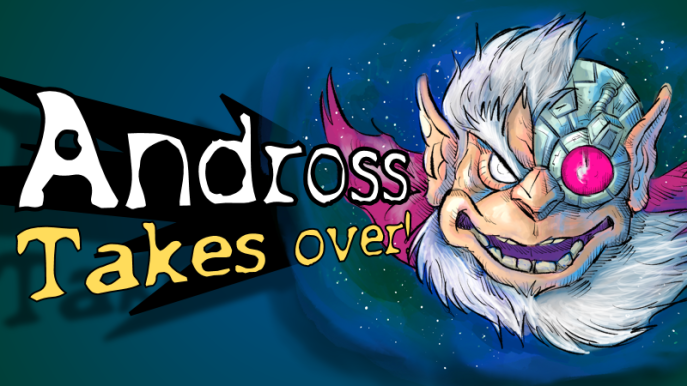 For the past few Smash Bros games, Andross has appeared as an Assist Trophy, taking the form of the giant head seen in the original Star Fox on SNES. And from a brief look in the newest Smash Bros footage, this looks to be the case again. Now imagine a world where he ISN’T a giant floating head, and instead a monkey-man on the battlefield himself..

Andross is of course a man of science, commanding an army from the shadows while preparing the most devious of weapons to destroy his foes. So using all sorts of gadgets to fight would be his forte, of course. I can imagine him summoning an orbital laser or two to attack the ground, and doing things like calling in flying drones and robots to do his fighting. Having a character that indirectly commands OTHER characters would be impressive. Sort of like the Rosalina and Luma team, only much more devious!

And his Final Smash of course would be… well, turning into a giant monkey head! But More like the one from Star Fox 64, rather than the original version seen in Smash now.

And well, that’s really all I have to say on the subject. It feels a bit silly to go into a ton of detail with a character that’s not going to happen. But my picks for the Character Checklist can still hold true for the future: whatever other Smash games may happen way down the line, maybe Andross can show up there instead!

I suppose I could have SOME hope of his inclusion, still. The big Andross head in smash right now is pretty different from the more modern incarnations of the character. If there can be three whole Links playable on the Smash Roster, why not have giant head Andross AND ape Andross in the game together as well?

But as it stands, It’s most likely not going to happen. Oh well, maybe next time! I still have a ton of fun speculating and suggesting what might happen in my favorite game series. So even if a character I pick gets de-confirmed or not (poor, poor Waluigi…), the Character Checklist will continue onward!

For right now though, that’s all from me. Sparky is signing off!